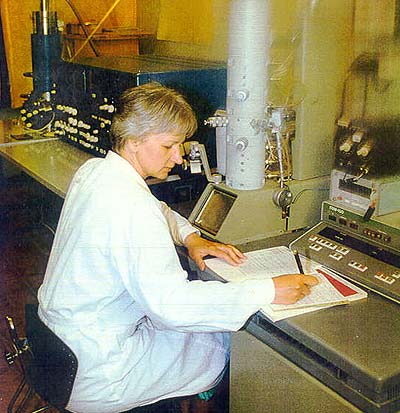 Relationships between phloem transport, cambium function and xylem formation are studied within the norm, at natural disturbances of the phloem transport by low temperatures, and at its local interruption by partial removal of the phloem. The objects of research are various birch forms differing in wood figure. Particular attention is paid to "patterned" curly birch plants (Betula pendula f. carelica).

Phloem was shown to play a priority role as the tissue distributing assimilates, feeding cambial cells and inducing their division. Fluctuations of sucrose concentrations in the phloem were found to produce a controlling effect on the activity of the cambium and differentiation of its derivatives. An annual ring formation model in relation to the distribution of sucrose in the conducting phloem was suggested. Differentiation of some structural phloem elements (sclereids, parenchyma) in its various zones was theoretically clarified. It was demonstrated that the possible reason for the disturbances in the normal rhythm of cambial activity, and the resulting formation of anomalous wood, is the deterioration of assimilate transport through the phloem. The specific features of the structure of the secondary conducting cylinder in case with xylem anomalies of the curly birch patterned wood type were found to be predetermined by non-uniform distribution of metabolites rather than by the damage to cambium cells as believed by some authors. Experiments with local interruption of assimilate transport proved the feasibility of reaching structural changes similar to those in curly birch in the xylem and phloem of the birch trees with the regular arrangement of conducting tissue elements.

The other research line is the study of the development of pathological and compensatory processes in the tissues and organs of woody plants growing under industrial pollution. The main research object is Scots pine (Pinus sylvestris L.), the pollutants - sulphur dioxide and sulphurous acid. The experimental material was obtained from laboratory experiments and test plots in the areas of industrial emissions.
Last modified: April 19, 2022